There Once Was A Boy

My father died in July. It was a peaceful death with his immediate family surrounding him and to describe it as beautiful would not be wrong.

He is the first person I ever witnessed to take their last breath. I held my mother’s hand while we watched him slip into Eternity. To admit we were all relieved sounds callous, but I would be disingenuous to say otherwise. He was a fighter until the end and would often answer our ‘how are you?’ with ‘I’m as mean as a snake!’. So, to imagine him enjoying Peace and an Eternal Place in the presence of Jesus where all of this world’s wrongs are made right was welcomed.

He was born in October in the hollers of Appalachia. He was born to a teenage mother and young father. They were poor. He sustained a serious eye injury as a toddler that he carried with him all 88.6 years of his life.

The one story I heard oft repeated was that they once lived in a shack - more like a shanty- whose walls were merely newspapers against cardboard for insulation. That degree of poverty in childhood had to be life-forming and life-changing. For him, as he cocked his head sideways to read the newsprint— he was imagining a life out of that holler. I think I can imagine him as a boy because I believe he spent his entire life trying to erase some of the pain that West Virginia may have brought him. He certainly spent his life trying to make this world’s wrongs, right.

He boasted of it as if it was ‘almost heaven, West Virginia’ and pined for the memories made at the family homestead. He loved to visit his kin and talk about the Lilly reunion and growing ramps and eating dandelion greens in the spring but the holler was a great place to be from — not to live. He wanted the nostalgia of being buried in the family cemetery, but not enough to call that place home past age 10.

In the twenty eight times my father moved his family over the course of his married life, he never moved back there. He had profound childhood motion sickness and I can imagine the thought of up and down and around the winding roads nauseated him. And though my Dad is the hardest math problem I’ve ever tried to solve, I’ve deduced it is because the reality of his childhood wasn’t as sweet as his memory of it.

If the stories I heard whispered from aunts and cousins and family brave enough to break the vows of Appalachian privacy are true, then my Dad faced many of the demons common to families in that era and in that locale — the effects of the Great Depression, the pain of the Second World War, alcoholism, abuse, poverty, and God knows what other dysfunction kept secret and ironically sacred.

In this October, in this autumn of soul as I contemplate my Dad and try to make sense of him— I realize that I am making sense of my own memories laced with abuse and dysfunction — memories made at the hands of men adding to this world’s problems. Men who are wrong and ne'er trying to right anything.

I am very much like my Dad. I often pluck out only the good memories from entire years I’d wish to forget. I’ve spent much of my life trying to erase some of the pain I accrued in the mountains and valleys of life. I boast and brag about being from a low place in life but in reality, I’d never live there again. I'm nostalgic and sentimental but not enough to go back to those places and things only suited for my selective memory. And to be like him in this--to be known for trying to right the world’s wrongs would be my highest honor.

My Dad’s poverty in childhood gave him the memory of a once-a-year orange in his stocking at Christmas time. The only thing that tasted good to him in his last months were oranges. Every day, he called it his (moon)’shine. All. Those. Years. and an orange still tasted like Christmas to him. All. Those. Years. and he teased about that childhood moonshine though he never drank more than medicinal elderberry wine in on all his years.

My mom’s first words to my husband after my Dad passed away were, ‘I know there were hard times, but right now I can only remember the good.’ My experience was much the same as sweet childhood long-forgotten memories of my Dad flooded my heart in those initial days after his journey to Eternity. I’m grateful for a childhood with him as my father. And I’m grateful that after All. Those. Years. the photos in my head were immediately of remembering the good. 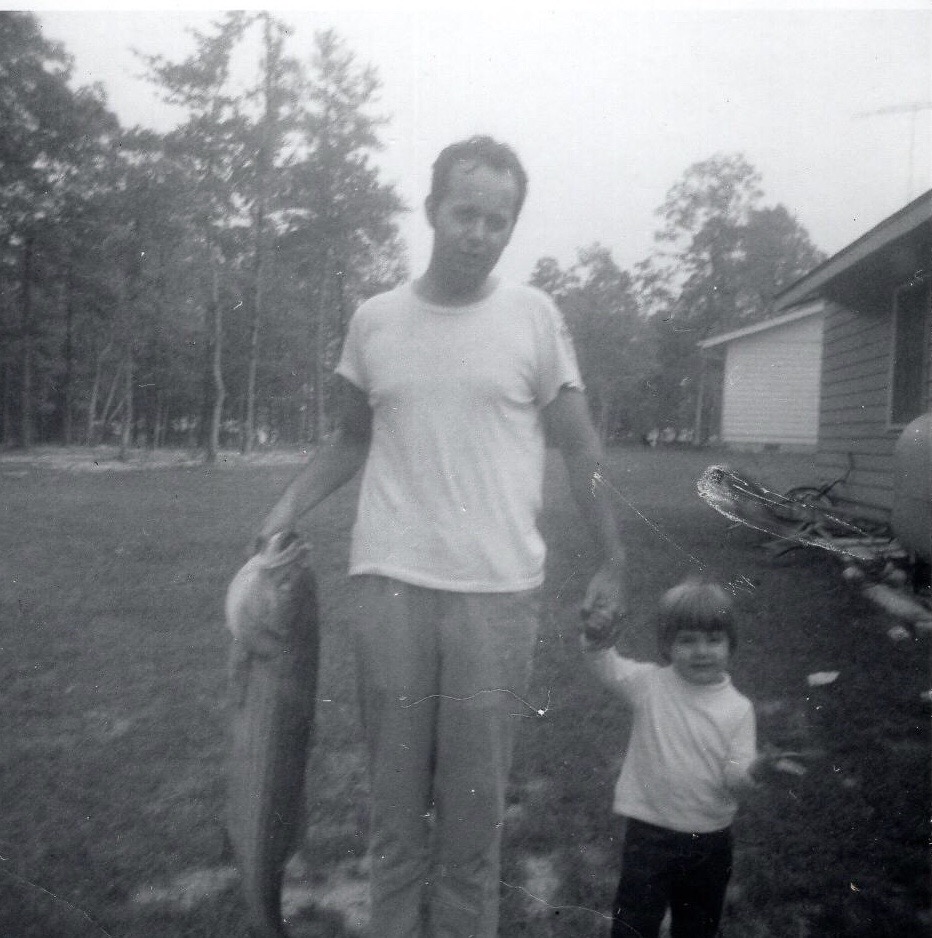 My Dad was not a butterfly kisses kind of dad. He was more of a buy-one-get-one-free and bring the free one over to share kind of Dad. He was more the thrift store junky that dropped off projects at your doorstep that turned into treasures with a little imagination and elbow grease. He was not perfect or sticky sweet — but he was mine and I’m struck that I owe him my very life. I would not exist without him both figuratively and realistically.

It might sound morbid, but I hope to be like the Appalachian boy in his death too (except the mean as a snake part) — surrounded by my family, fighting to make the world’s wrongs right and craving what tastes like Christmas to me.

See you on the other side. ❤️

There Once Was a Boy is a tribute to my father in the month of October as I remember his life. I wrote it for him on Father’s Day sixteen years ago. I only saw him cry a handful of times in my life and reading him this poem was one of those times. He wrote me an unfinished poem on my 16th birthday that made me cry so I figure we are even. In a good way. Here’s to our stories, Dad, interwoven and narrated by our distinctive memories— remembering the good!

There Once Was A Boy

There once was a boy with newspaper walls

I’ve heard the story many times

And I imagine he would read the printed page

With his one good eye

And a man was born from reading and writing

An intellect of the arguing kind

Who questioned the world, its ways and its heartaches

But, he did find a Savior

And a beautiful bride

And four children came their way

And my Dad was a faithful one, always to provide

He provided food and more food

An angry voice that scared us

And a West Virginia heritage, to boot

But much more than that

He gave a compassion to our hearts

To root for the underdog

To take their part

And so there are still stories

Written upon this boy’s walls

But they don’t make the papers

Or any ‘famous person’ halls

They are stories on an Appalachian man

Walking through the trees

And ‘Damn nigh all’

And the tales, they get tall

With admiration and love

This poem I lend.

Borrowing from the Old